Idrija Miners Houses: How to Renovate?

Typical for the town of Idrija, the Idrija Miners’ house is a unique architecture that reached the height of its popularity in the “century of the miners’ house” spanning from 1776 and 1876. In contrast to later miners’ apartments blocks, this type of multifamily building was privately owned by the workers: the first floor was occupied by the owner’s family while the upper floors were being rented. The majority of miners’ houses therefore housed up to 20 or more people at a time! Between the wars, their construction halted, and after 1945, people started to either transform them or bring them down. What are they facing in the 21st century: complete annihilation or a new life?

The Trnovec house in Grapa at the corner of Vinko Mohorič and Mrak Street is an excellent example of a typical Idrija miners’ house.

As it is partly buried in the steep hillside, and caught between the road, the torrential riverbed, the neighbouring building and the hillside, its outside areas are strictly delimited. Its typical front façade overlooks the riverbed and faces east. The entrance is found on a small slanted yard on the northern side of the house facing the curve of the road. 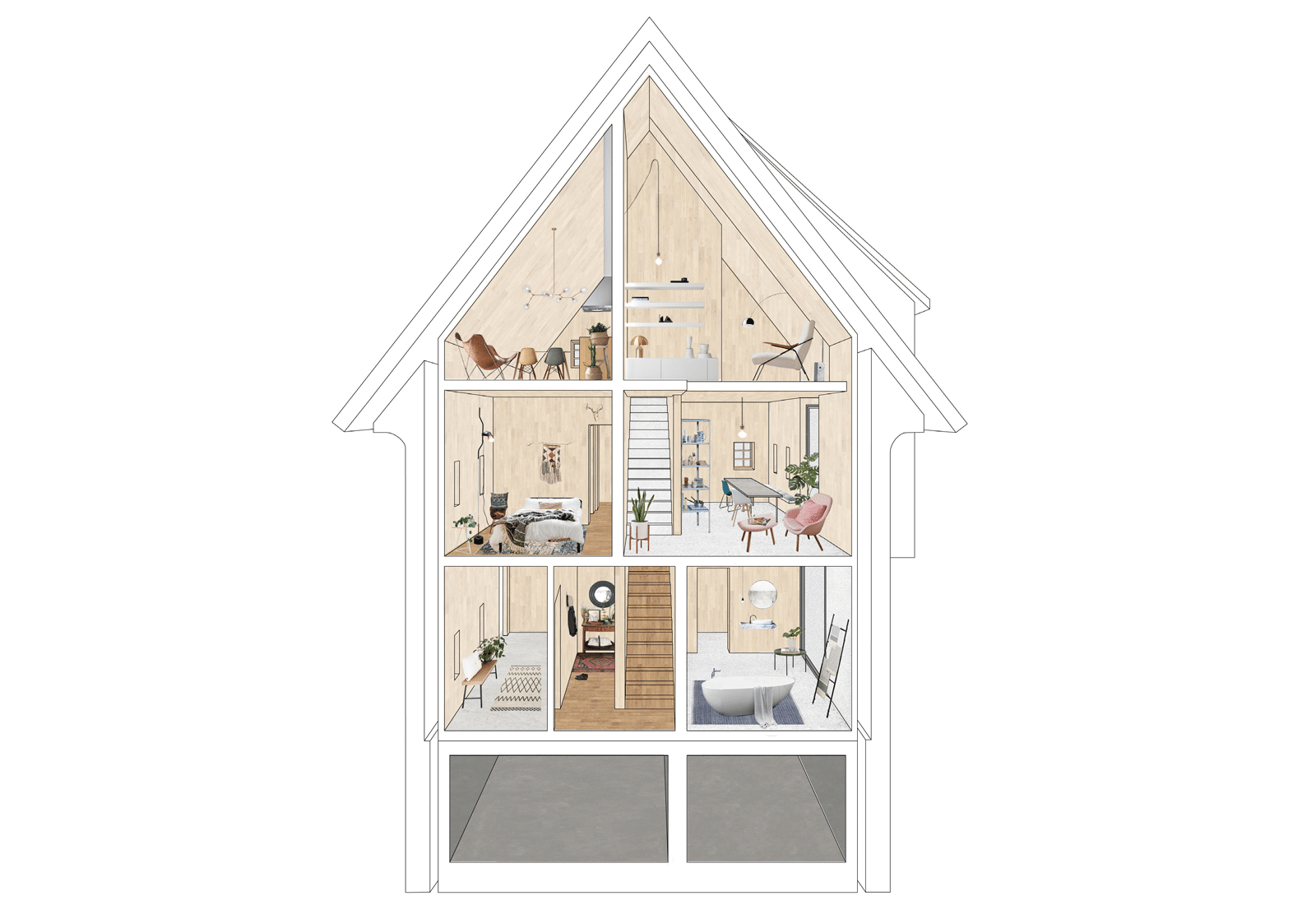 Inscribed in the cultural heritage register, the house has been empty for the last twenty years and has recently become municipal property. Its condition is quite poor yet not hopeless. As a house that offers many challenges as well as potential, it serves as a pilot project.

Have a project that we would be interested in?

We help you in unlocking the potential of your property through means tailored to your needs, ambitions and resources.